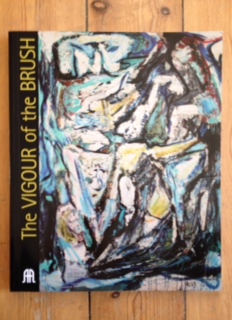 The VIGOUR of the BRUSH

The catalougue is titled “The VIGOUR of the BRUSH” and dispays 72 paintings from the 1950s and 1960s by 42 artists from 14 different countries on sale from Galerie Raf Van Severen. The 42 artists are all, in the words of the authour of the catalogue Guus Maris, characterized by creating: “more quality than fame in the risky business of lyrical abstract art”, something that requires “The skills and courage of a poet”.