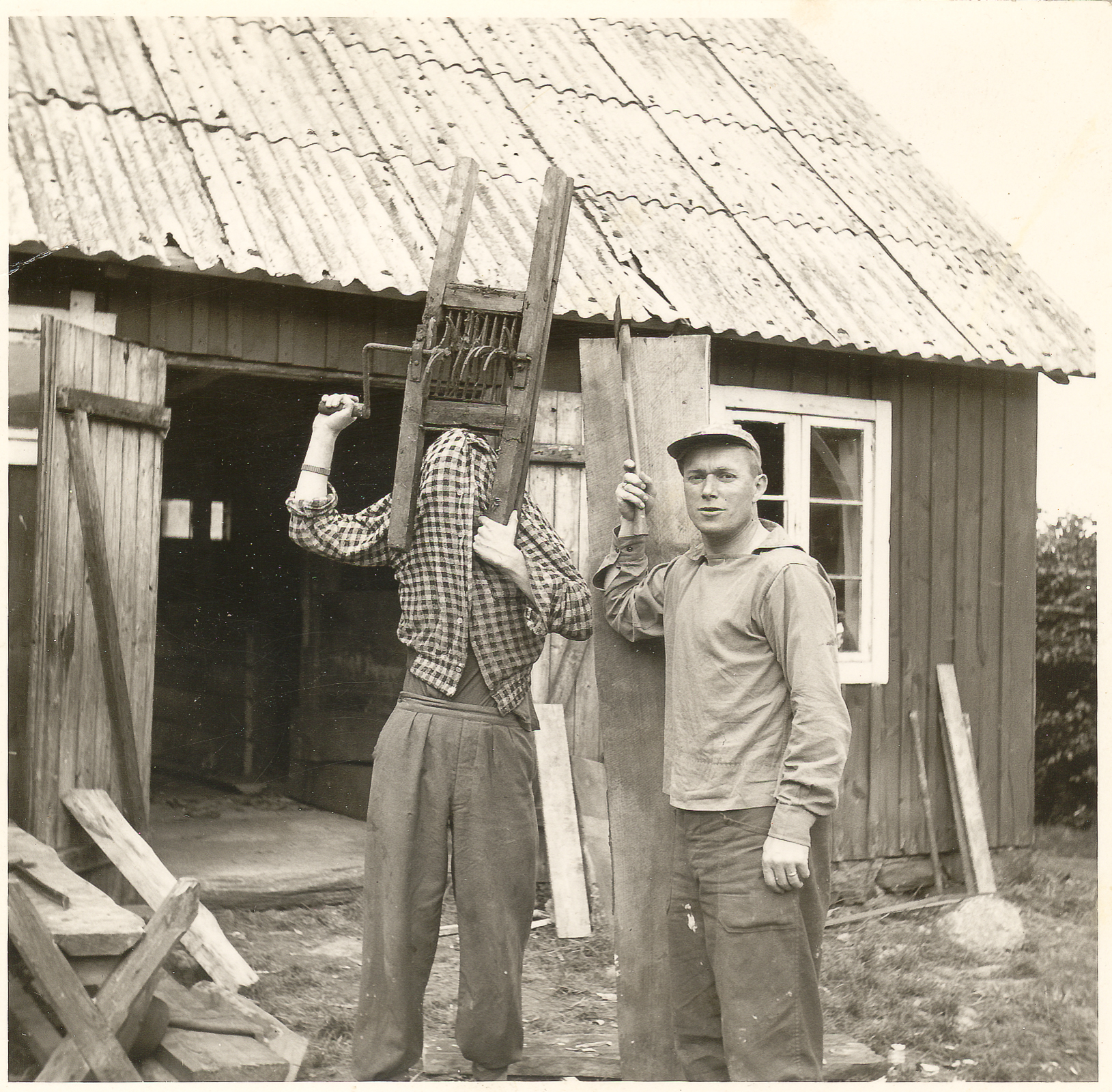 He was a cannibal – about Asger Jorn

From an interview with Gordon by Jørgen Ågerup in Copenhagen in 1982.

In 1958 Asger Jorn had an exhibition of oilpaintings at “The Institute of Contemporary Art”, where I was a member. I went to see the exhibition, and Jorn was there. In his blue coat and the white scarf he looked like a right “Nouveau riche”. He was very agitated and nervous because the cover of the catalogue had not arrived.

I did not see him again until his mother´s birthday in 1962. I was on Drakabygget, when Nash’s mother told him to come to her birthday. We all went. I drove Jørgen Nash and in Silkeborg we met Jorn. He lived at a hotel. We went up to his room to talk about the first number of the magazine “Drakabygget” that was soon to come out, but Jorn started to read aloud from an article he had written for his book “Value and Economic”. I was bored and did what I could to make them change subject. In the end I succeeded and we got to write a leading article for the first number of “Drakabygget”.

Then we all went to his mother´s birthday. I could not slip away. We were stuffed into a taxi together with rolls of oilpaintings and a trompet that was treated with more veneration than the paintings. There were a lot of old ladies at the birthday party. They were a little shocked that mrs. Jørgensen had no Christian children. To mend it a little, the children began to sing some psalms. After that Asger started on one of the Salvations Army’s songs, and then he claimed, that the Salvation Army was the only sensible invention of Christianity. During the evening Nash came to say something about a girlfriend of Jorn´s and his mother hurried to explain, that she was his secretary. At the end of the evening there was a little talk about the nice Jorn-paintings that hung on the wall, and mrs. Jørgensen said that if Asger did not behave nicely, she would not let the museum have them. I stayed in the night at his sister Gudrun’s house, and the next day we worked on the magazine.

When Jorn began to come regularly to Drakabygget life became more complicated and interesting. I also quickly found out to keep a certain distance to Jorn, for he was a “cannibal”. He could eat young artists in one mouthful. I also realized that Jorn was not only an expressionist, but also a great storyteller in his paintings.

What was really the idea with Drakabygget?

The original thought was to build a sort of “Bauhaus”, but it did not go as well as expected. I was there for four, five months and one of my tasks was to drain a field because it would give us a bank loan so that we could live on that. Nash got the crazy idea to build a studio for Jorn, who hardly would use it very much. I think that Asger at the time was thinking about moving back to Scandinavia, but all had changed so much since he left Denmark, that he could not imagine returning to live there for good. When he was in Drakabygget he never had peace from the telephone. It was always ringing. There was as much peace as on a firestation. I thought Asger often looked tired and worn out because of the whole race.

Did you ever see Jorn paint?

No, he did not paint in Drakabygget. I could not imagine seeing him paint.

I regard the studio of a painter as something very private.

Did you want to avoid to be inspired by Jorn?

No, I let myself be inspired by Jorn. Specially when I saw the exhibition in London of “Luxury Paintings” in 1961. It was not one of his best exhibitions, but it broke the American strangle-hold on European painting, with “dripping” and all that. One became conscious of European art again. Not only as painter, but also as a speaking partner Jorn was very inspiring. He was incredible well read. Once during a talk I used a cite from James Joyce and he immediately recogniced it. Asger was also a little of a food artist. For some reason he suddenly started cooking at Drakabygget. Suddenly lovely smells sneaked out from the kitchen. It was like he was mixing colours on a palette, and excellent meals came out of it, but the mess in the kitchen afterwards was incredible, and I don’t think he realized it. Everything was in a whirl of excitement, when Nash’s famous brother came to “Drakabygget”. Nash treated it as if God Almighty was on the way. All the time it sounded “my brother, my brother”. Sometimes I thought, if he says “my brother” one more time, I´ll strangle him.

Do you mean that Jorn will be remembered in posterity?

Most people are forgotten, quickly and for ever, but personalities like Niels Bohr and Asger Jorn are taking their certain places in the history.